5 years ago today: Our First Date 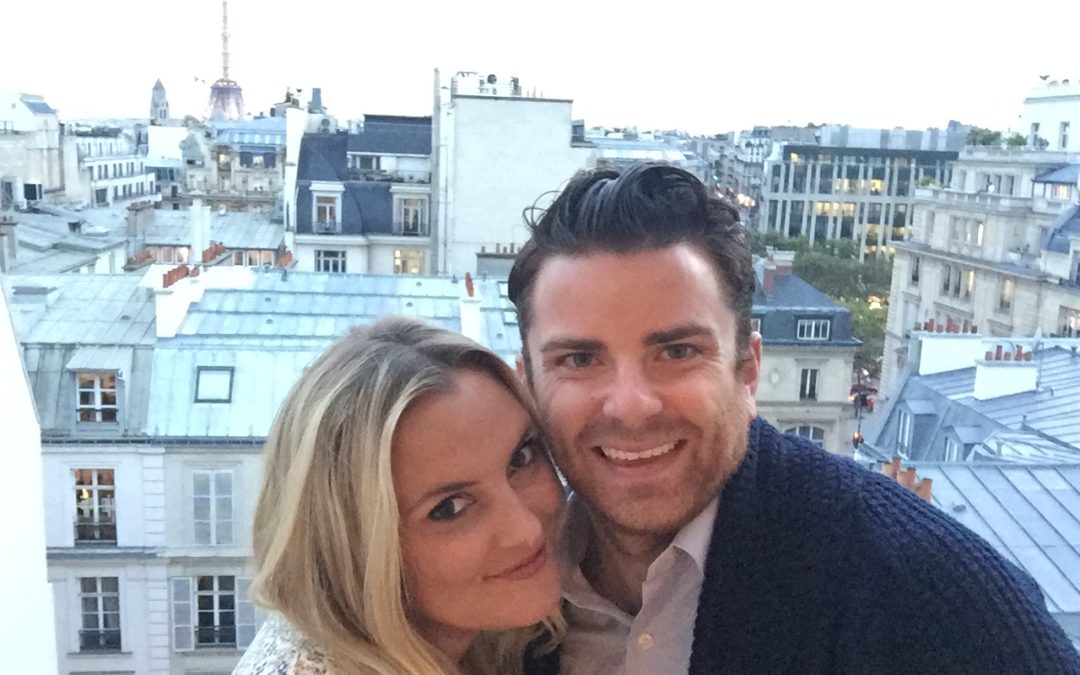 May 18 is my husband Anthony and I’s 5 year dating anniversary.
In honour of that I decided to share the story of our first date, and all the hilarious things that happened leading up to it. We’ve been married now for 9 months, but we count our first date as our anniversary of being together – because we really were official from that first night.
The lead up to our date was a little less romantic than you might think though.
Little did I know this would be the story of my last first date ever; because trust me, I had no idea!

I originally met Anthony when I was still 28, and he was 24 – turning 25 the next day. My friend Brent had invited me to his birthday party at the Fairmont Royal York on Front Street. It was really close to Christmas so I wasn’t sure if I was going to go, but last minute I drove from another party to stop by Brent’s ‘joint’ birthday party with a few other guys who shared the same birthday weekend.  Anthony, was one of those birthday boys.

I’m writing this realizing how brave I was in my 20’s! I definitely showed up at that party alone and just started making friends. I remember meeting James (who funnily enough would one day be the best man in my wedding) and I remember meeting a few of Anthony’s other best friends.
Anthony was in the back of the hotel suite so it took me a while to get to him. Brent introduced us and I’m not going to lie, I really didn’t think anything of it! ha. He was pretty wasted being his 25th birthday. And I was in a weird stage in life where I really wasn’t that open to meeting anyone.

We all ended up going to a bar near the hotel and kind of got separated. I don’t really remember seeing Anthony again that night!

I’ve always had this great habit of adding anyone I’ve met to social media, linkedIn, or sending a follow up text or email if we exchanged information. Honestly, it’s kept me in touch with so many awesome people and it’s a habit of mine that has served me well.
(Just realizing now that includes finding me my husband! But we will get to that.)

So, the next day (Anthony’s actual 25th birthday) I added him to Facebook, along with his best friend James, another guy Chris who was also celebrating his birthday, and a few other new friends.

Anthony tells this next part better than I do. But basically he had ZERO recollection of meeting me. This was back in my days working heavily as a nutritionist and owning Eating Pretty – so my profile picture was definitely me in a bikini or something saucy like that. (I’m embarrassed even admitting that! ha.)
He started writing me right away asking how he earned a request from such a pretty lady. I reminded him we met the night before at his birthday party.
Basically he was not sober at all, and did not remember me. ?‍♀️

Other than the occasional Facebook ‘like’ we didn’t keep in touch much, until a few months later I broke up with someone I was seeing and Brent’s response to that was:
“You need to date Anthony! You guys are the exact same person. I know you will love each other!”

To be honest I really wasn’t sure about the whole thing, but I said I was open to going on a date with him and that started communications between us. We started messaging on Facebook and eventually over text.
For those of you that have been lucky enough to meet Anthony, you know he is the nicest person that’s ever lived. He’s a brother to 3 sisters, I really think that has a lot to do with it. But he’s also just comfortable with himself and so hilarious.
However, my younger-dumber-self decided there was no way I was going to like him because he was “too nice and used too many happy faces in his texts”.
That is so silly now, but honestly girls who aren’t ready or open will always make weird excuses like that.

Anyway, he eventually asked me out and I said yes. To be honest, still in the mindset I wouldn’t like him. I want to say this was around March or April of 2012. He asked me on a Tuesday and we had plans for the Thursday. And then guess what… I NEVER HEARD FROM HIM AGAIN!
Yup, that’s right. He ditched me on our first date! haha.
He tells the story now that he was intimidated by me and that I never text him again to follow up so he thought I didn’t want to go. Basically, he just dropped the ball! 😉

After not hearing from him, I really thought that was that – until I got a text message from Brent a few weeks later asking why Anthony and I hadn’t gone out yet. I told him about getting ditched and I’m pretty sure he got on the horn and yelled at Anthony and told him he was an idiot.
Anthony immediately text me and apologized and asked me out again.
Honestly to this day I wonder why I said yes. Don’t get me wrong – I’m so very glad I did. But it is just really not like me to give a guy a second chance, especially when I wasn’t sure about him anyway!

I did say yes though, and we did go on our first date a few days later. On Friday, May 18, 2012.
It was also one of my best friends 30th birthday parties that night.
My plan was simple: To grab a couple drinks with Anthony, not like him, and then tell him I had to go to the birthday party, and ditch him.

Needless to say, it didn’t really work out the way I thought it would.
First he showed up looking so cute. Much cuter than Facebook and my memory had served me. And he had a dozen red roses. It was so adorable!
He had picked me up at home, and so we decided to drop the roses off at the Eating Pretty office downtown and then we walked across the street to the Jack Astor’s for some sunshine and patio drinks.
I don’t remember much of what we talked about or why I felt this way, but I remember half way though the date thinking “Shit, I can’t ditch this guy. I really like him.”
So, he ended up coming to Angie’s birthday party with me at a bar downtown and he met all my friends on our first date!

Honestly, we both call our first date our anniversary because we both just knew we wanted to be together right away. We moved slowly in terms of only seeing each other a couple times a week (he was living in Brampton at the time) – but we were official right from the start!

Now 5 years later we are happily married. Who would have known that shaved head, wasted guy from Brent’s hotel birthday party would end up being my husband, soul mate, best friend and favourite human that’s ever lived. He’s the best decision I ever made and I’m so thankful for good friends and second chances for making it all happen the way it did.
I love you so much Anthony, Happy 5th Anniversary – here’s to a lifetime of more!

In honour of 5 years together – here are some hilarious and adorable photos of us over the years. Enjoy! 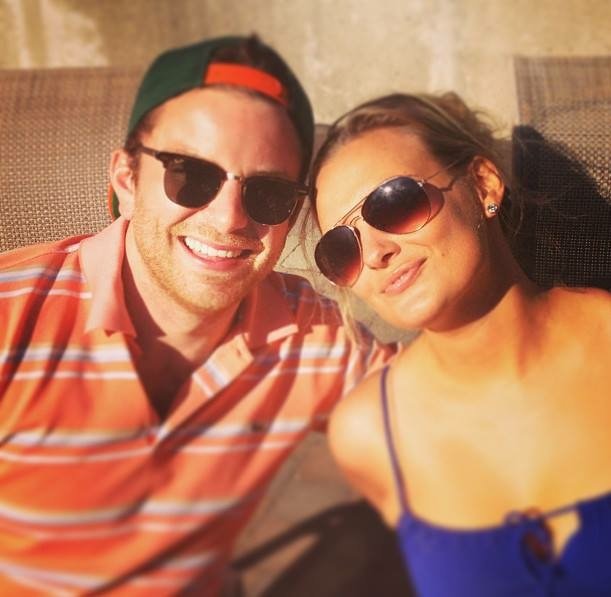 This was our 1st anniversary on the May long weekend 2013 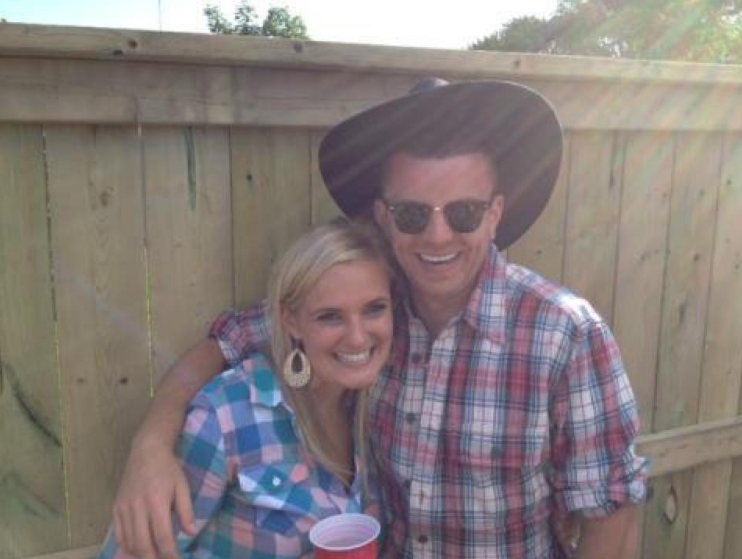 This was one of my lifelong best friends 30th birthdays the first summer Anthony and I were together. 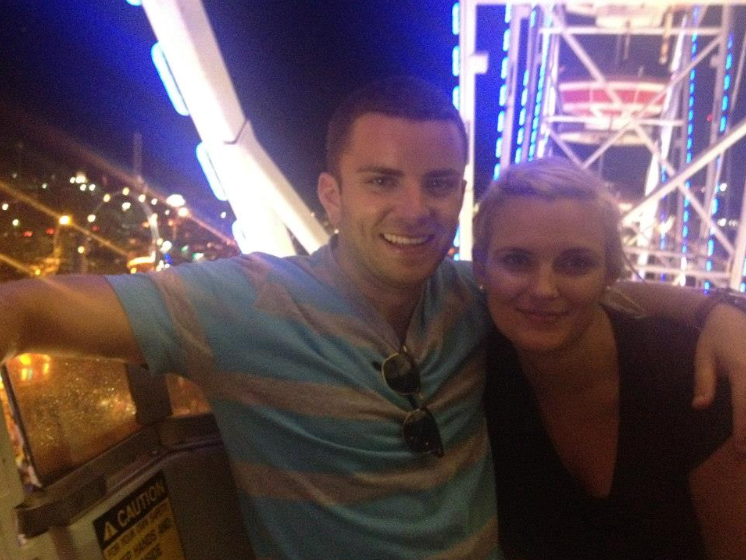 This was the first hang out with his family about 6 months after we started dating. We were at the Ex and his sister took this picture on the Ferris wheel. 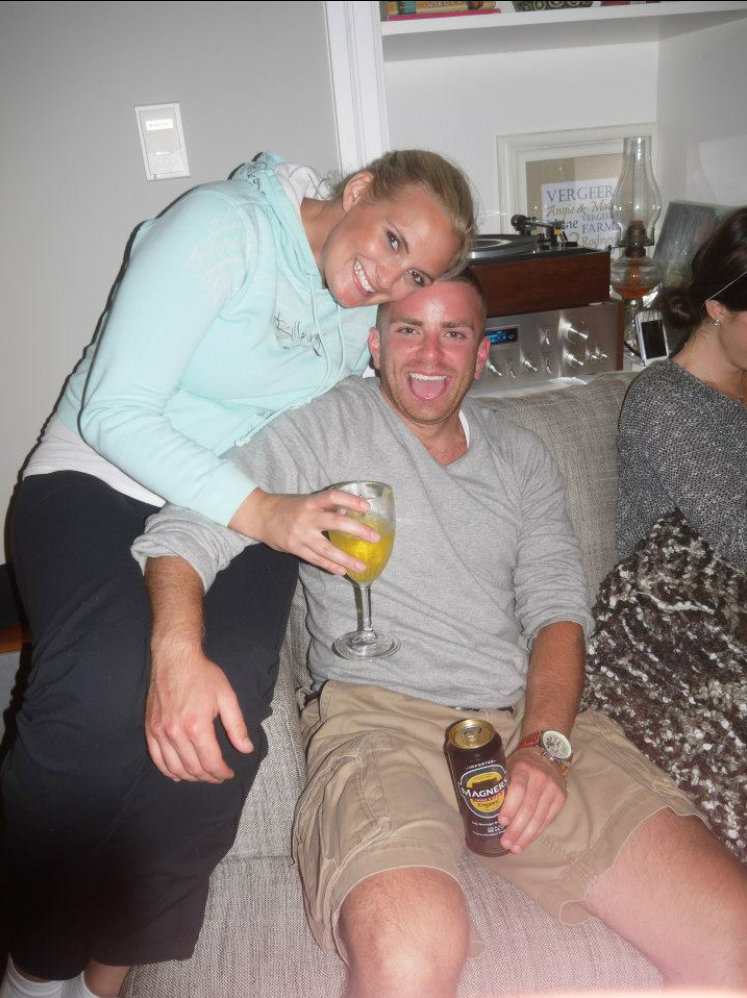 This was Jordie’s Sponge Bob birthday party! I think in 2012. 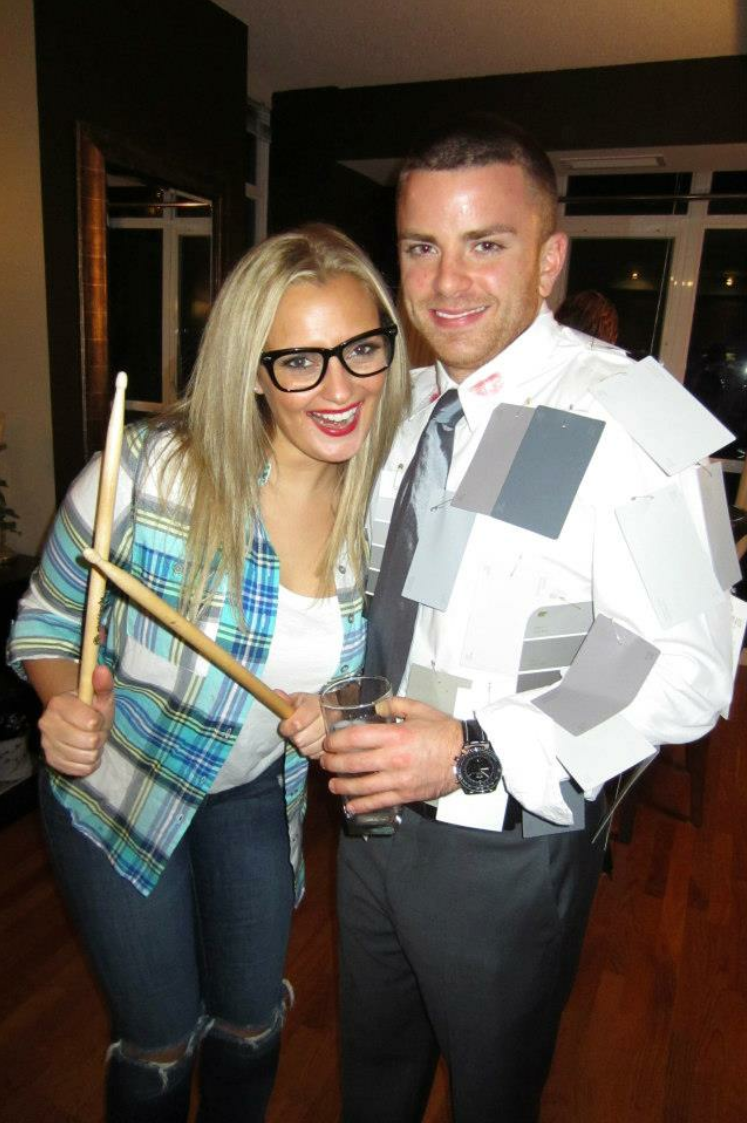 Our first halloween together – I was Garth and he was 50 Shades of Grey. 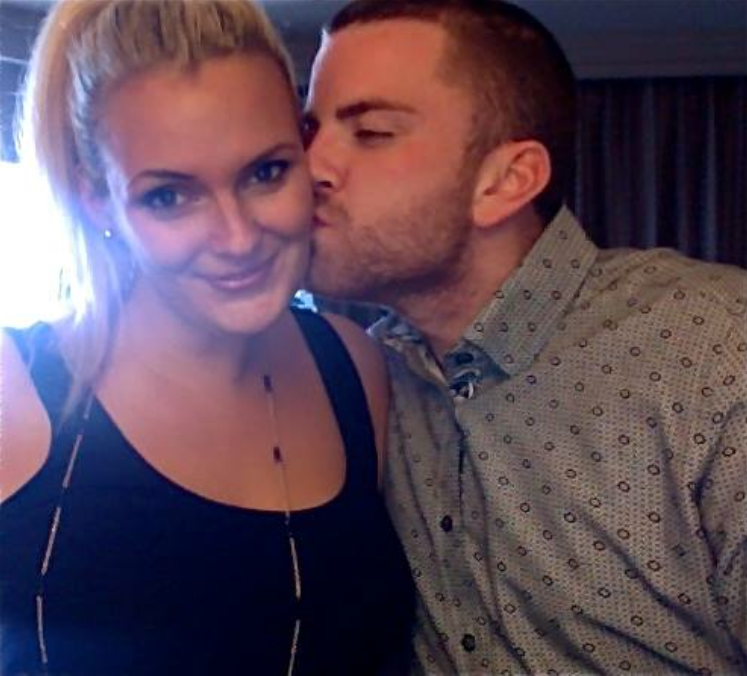 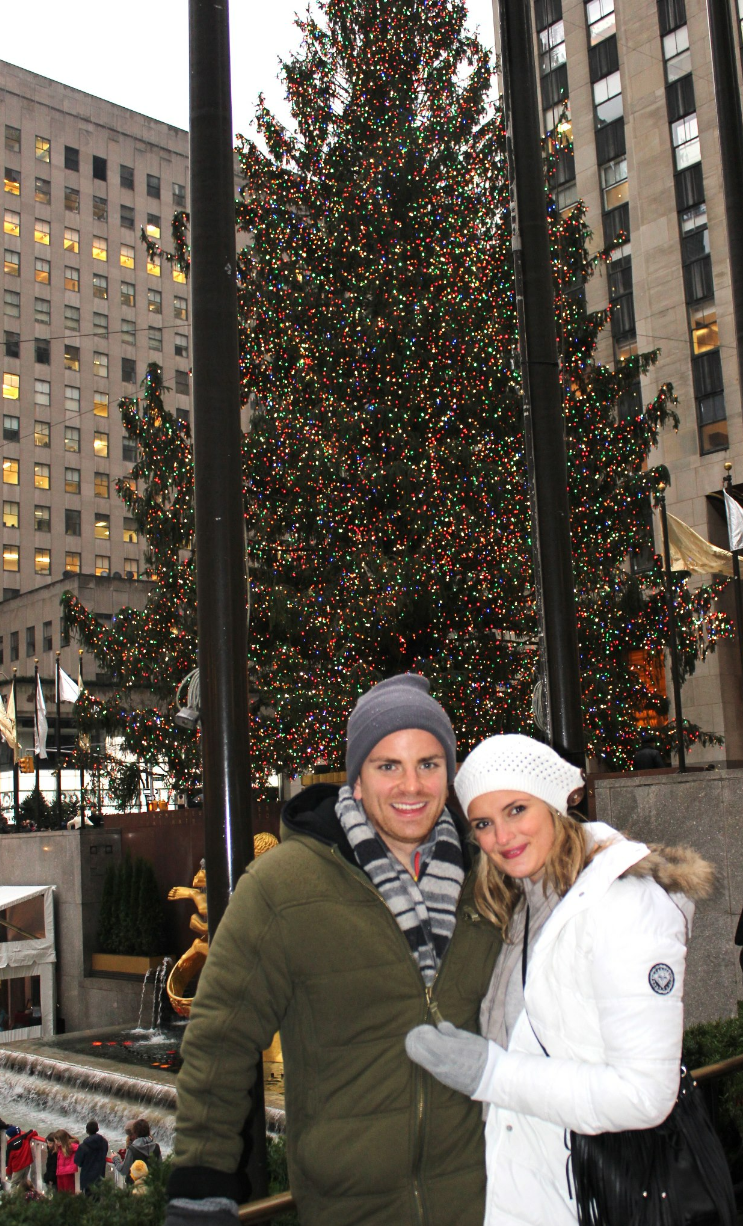 Our first trip together. NYC Christmas 2012. 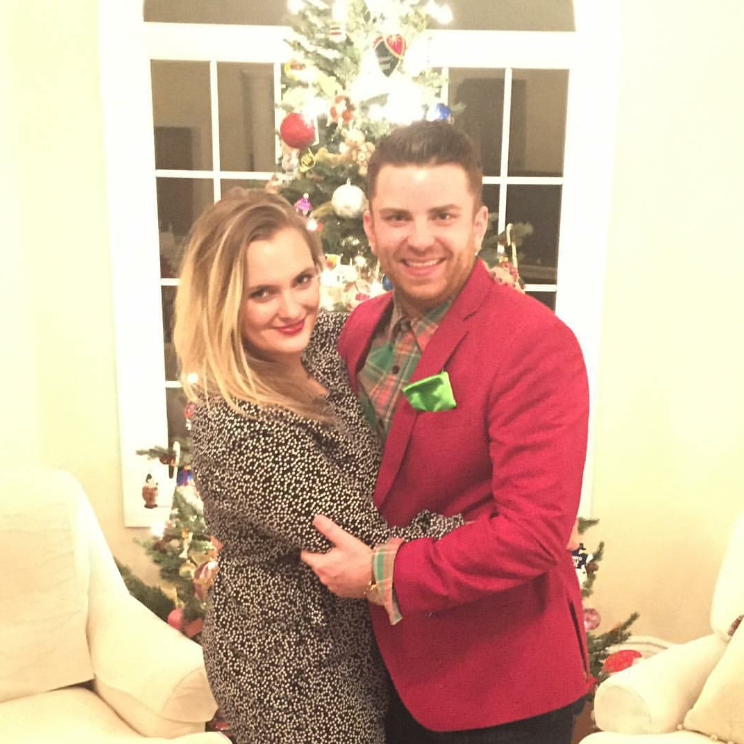 Our last Christmas before being married. 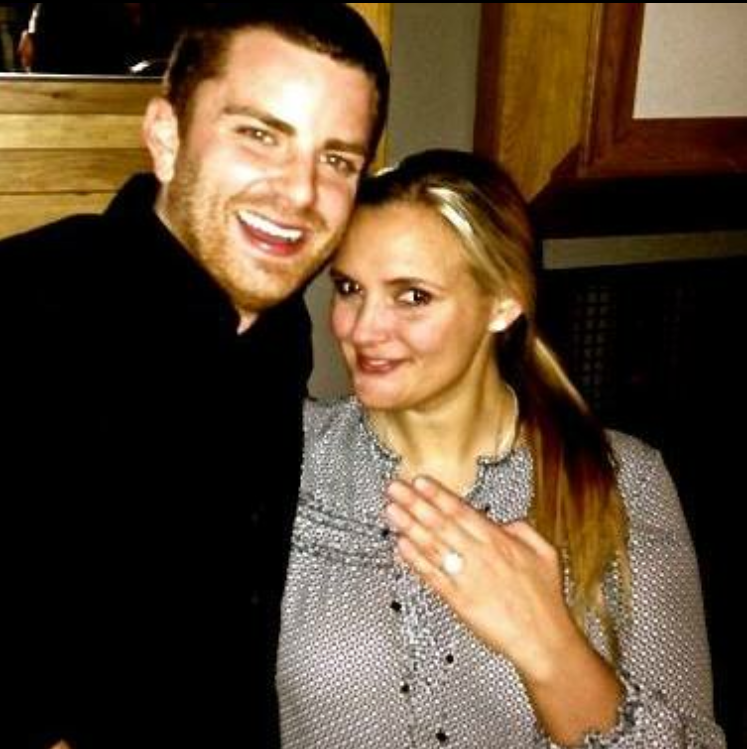 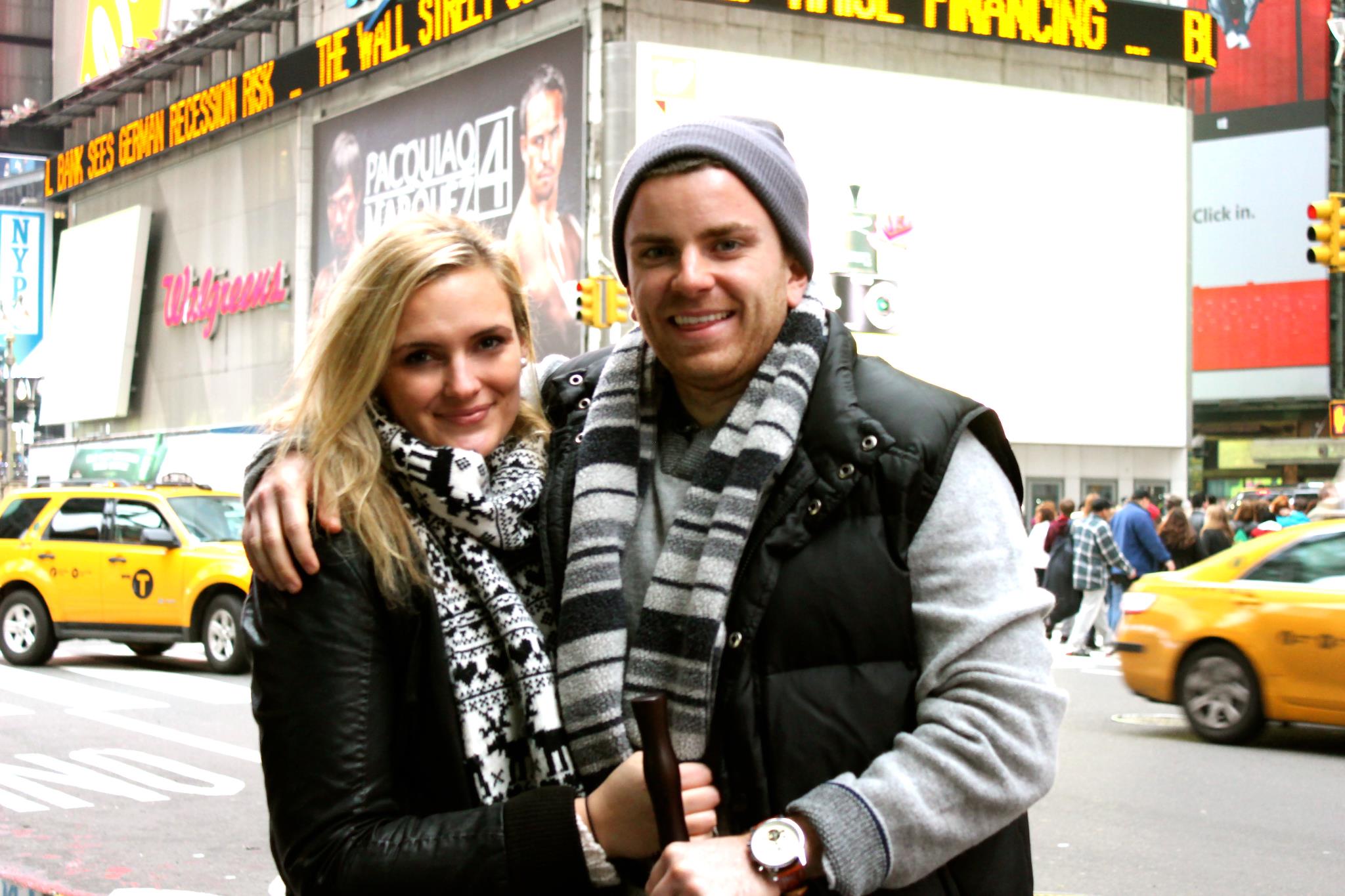 We love New York so much! 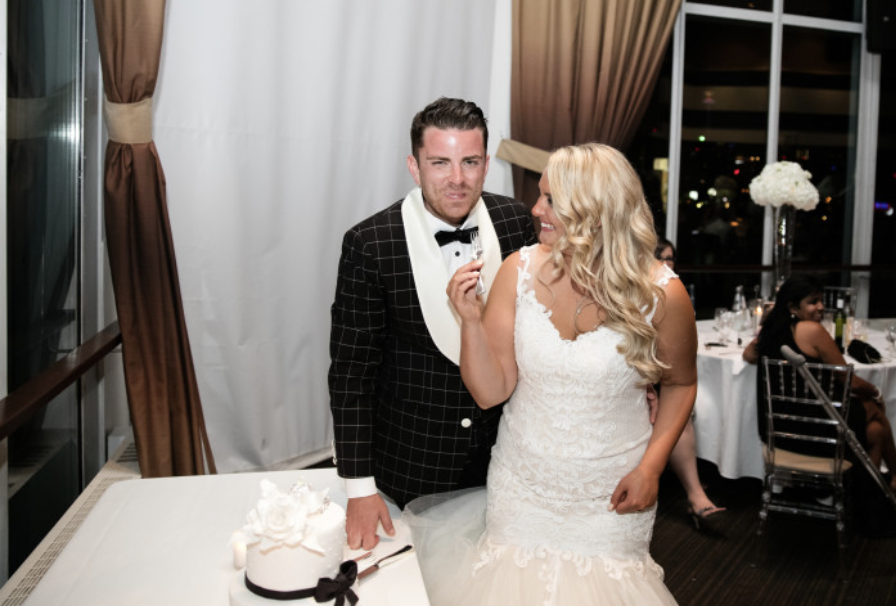 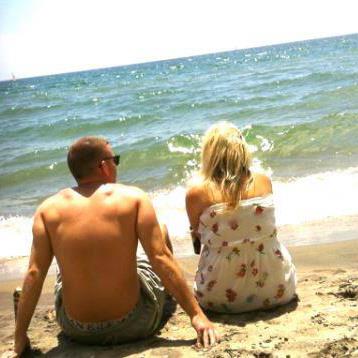 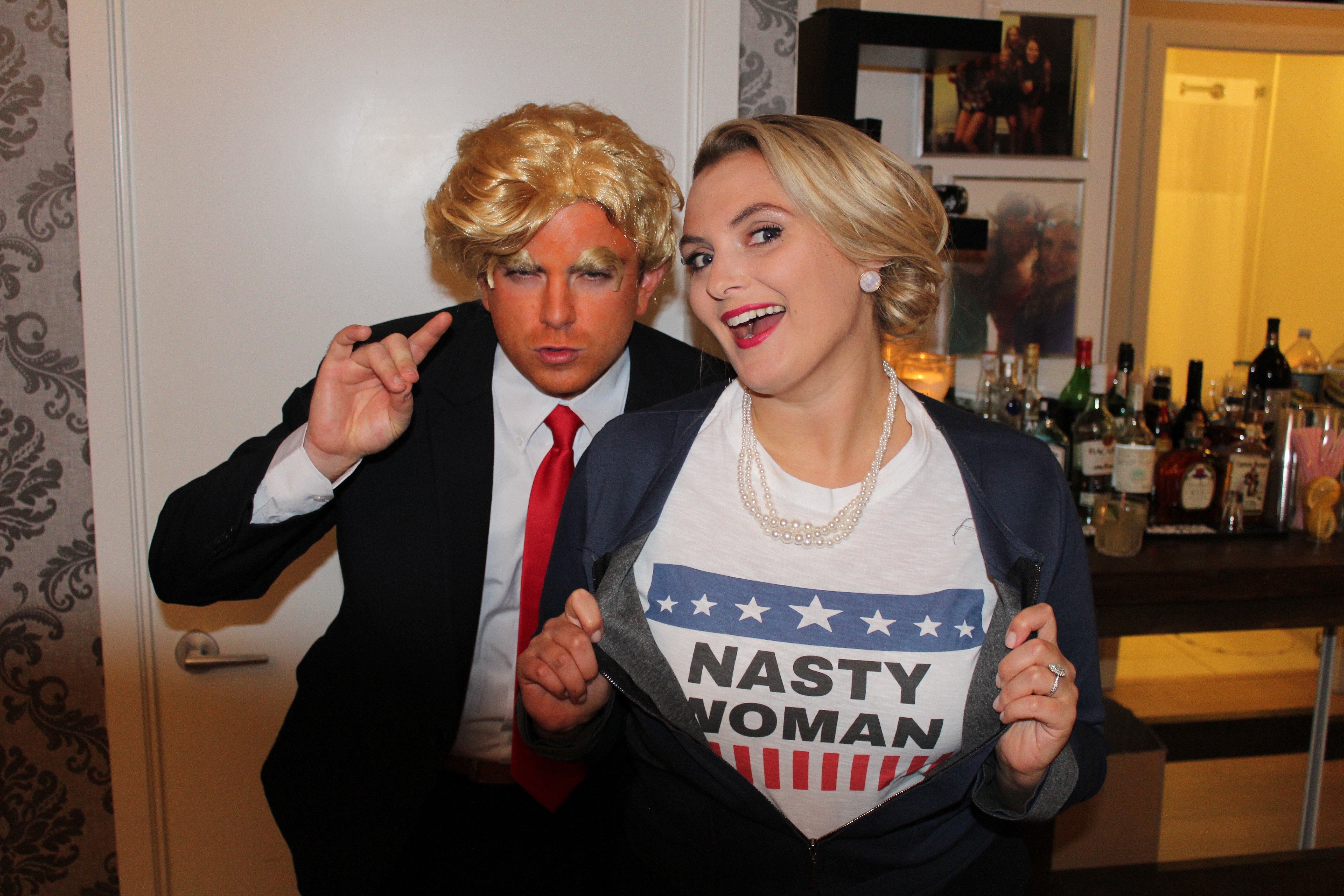 Us as Hill and Trump. Halloween 2016. My fav of all our costumes! 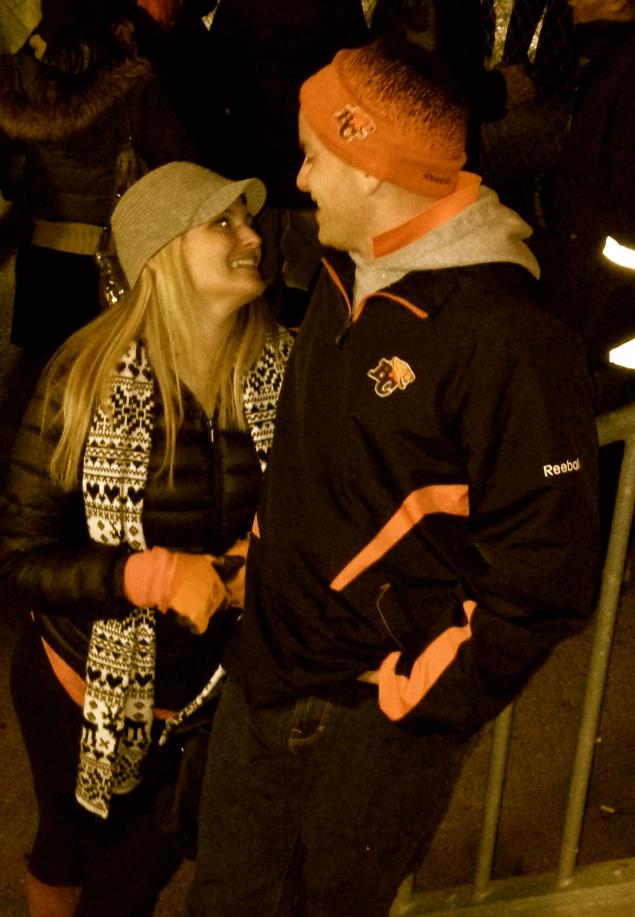 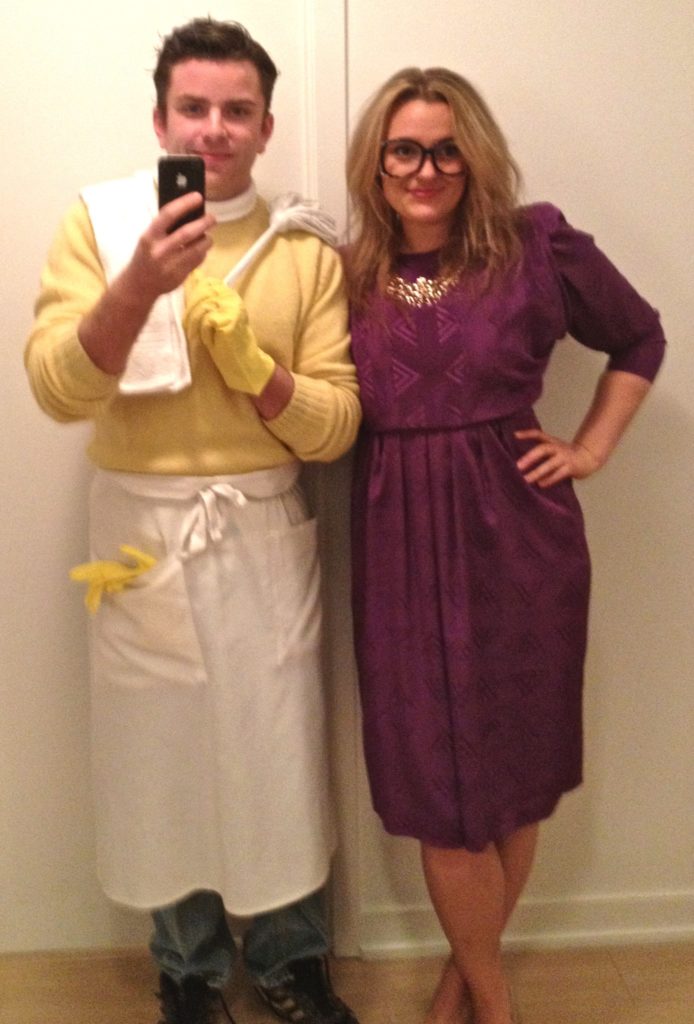 Trinity Bellwoods 2015. I love this man. 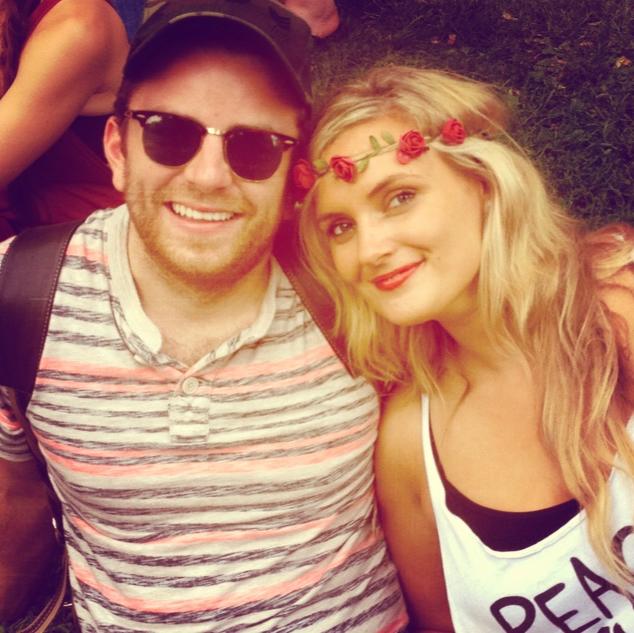 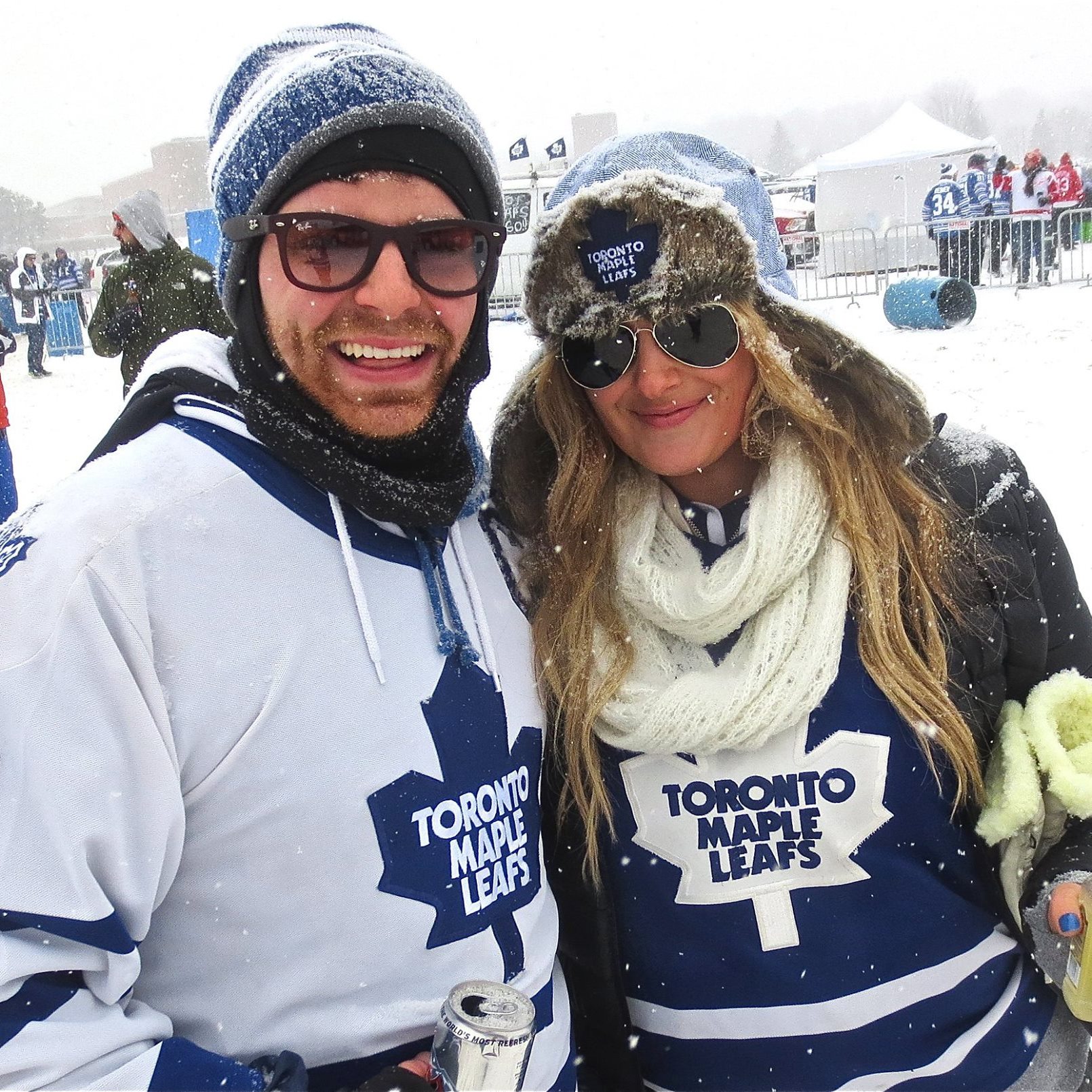 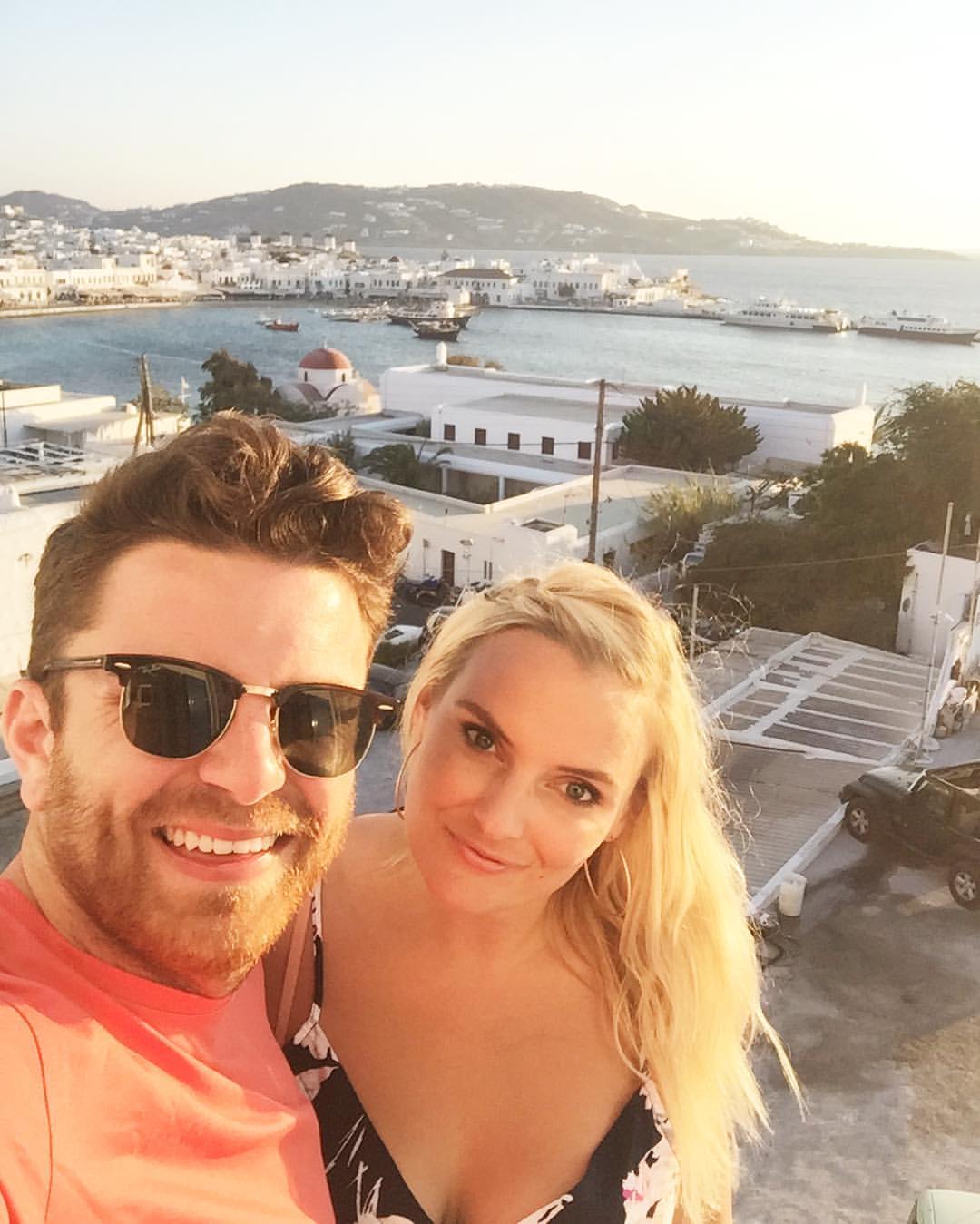 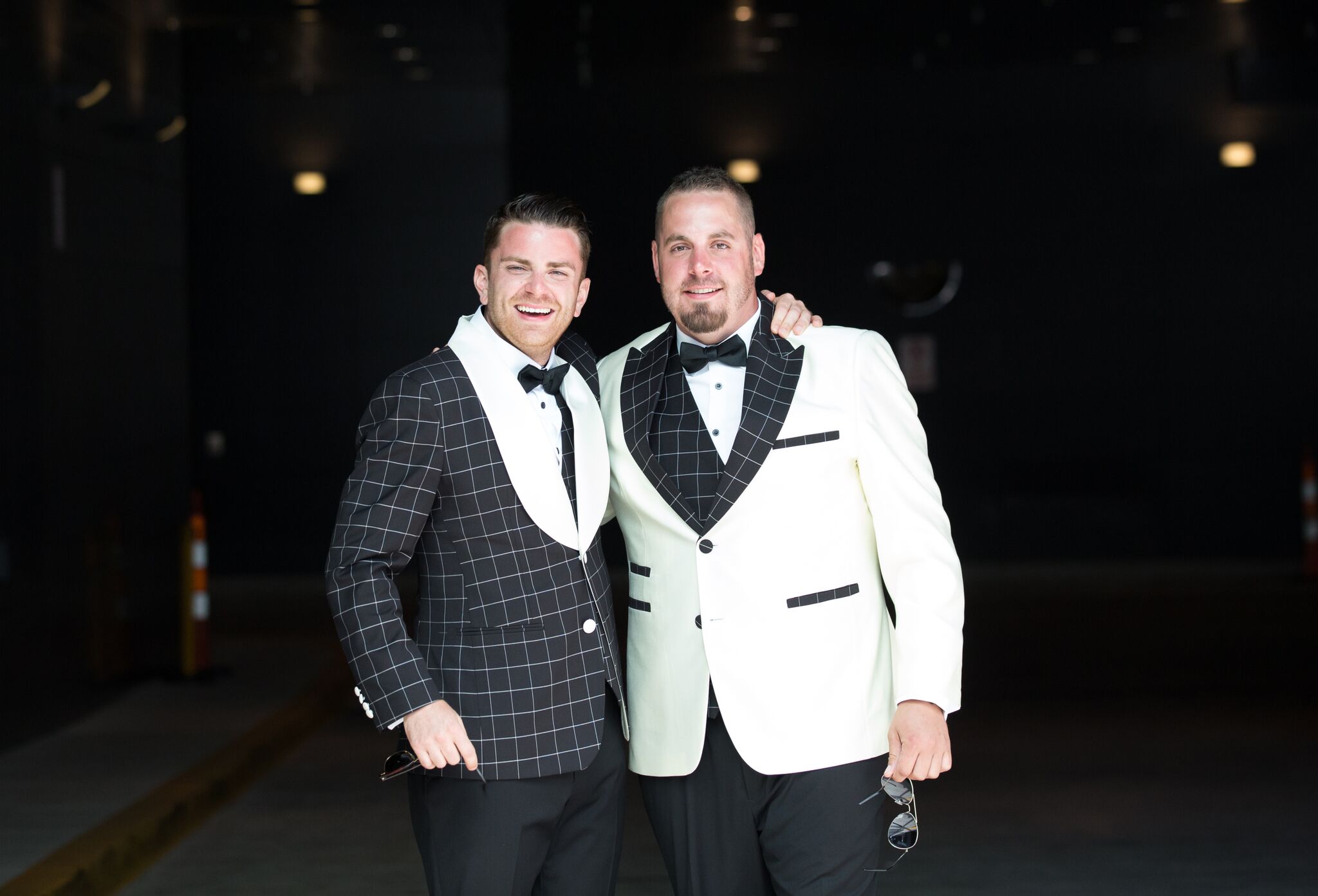 Last but not least. The Man behind the set up – Brent ❤️ On our wedding day, as our groomsman.